The rescue recipe for suppliers

Projects, products and recipes - what do these ideas have in common?

Tastes bad, doesn't exist, is a popular German saying. If the dish on the table does not taste good, it may be due to the preparation, but it is more likely that the ingredients do not quite fit. If we apply this little analogy to the automotive industry, the ingredients usually come from suppliers, i.e. service providers and Tier 1 companies. And, as with any dish, the recipe is based on a recipe that should be followed as closely as possible in order to present a final result that meets the requirements in terms of quality, price and time.

The process parachute - How you no longer fail at processes

Unlike the recipe for the domestic stove, the basic idea behind an automotive recipe is a maturity model. This is defined by each product manufacturer for itself, and all partner companies involved in the process must orient themselves to it. More specifically, it is necessary to precisely synchronize the supplier's processes with the customer's process. However, it is precisely at this interface that time collisions, misunderstandings or qualitative deviations often occur.

Practical experience shows that poor process quality and suboptimal implementation of standards such as Spice, ISO or Carb cause problems. In the worst case, suppliers lose orders or even end up on a customer's blacklist. Even before this, there is an acute need for action on the part of the supplier. By the way, such problems are by no means the exception: sooner or later almost every supplier ends up on a blacklist at least once or is excluded from an ongoing project. Time to put up the process parachute.

The process parachute: How the process task force is clearing up in the long term

In order to emerge from an unpleasant situation, like the one just described, immediate action is required. Massive intervention in one's own processes can give new impulses. Ideally there is even a return to the project. But how can this be achieved by your own efforts? After all, obvious problems can be found and remedied independently, but are the points causing the problem really that obvious?

This is where experience is needed above all else. After hundreds of successful projects, ESG Mobility not only has a trained eye for processes and problem solving. We have also developed an optimally composed task force for our process parachute, which acts as a rapid reaction force, recognizing grievances and problem areas on site or remotely and eliminating them in the long term.

With the process parachute, we help suppliers not to fall out of the customer process even in critical situations. Fast, uncomplicated, and due to a high degree of networking with our own connections to the OEM.

As mentioned above, the key qualification for a process parachute is experience. After countless, successfully completed rescue missions, we know what to look out for. We know where to drill in order to find and eliminate the weak points in process and standard compliance.

Knowledge of and networking with OEM processes are also fundamental. Only those who know what exactly is required in practice to fit into the process orchestra of OEMs as a supplier. And with which measures this can be achieved in the shortest time. Because time is one of the ingredients that is decisive in a successful product recipe - especially if as a supplier you are already on red.

This is how the task force of the ESG Mobility rescue parachute helps: 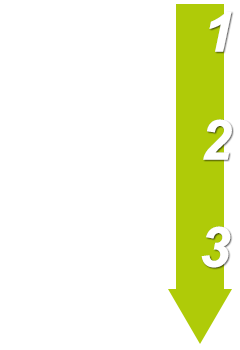 Crisis meeting: We create transparency with regard, to status and maturity, prioritize initial measures and realize first, quick successes

Process measures: We improve the exchange of process artifacts and synchronize development tools. This saves valuable time. In addition, we enter direct discussions with the customer together with you. Often the call for external help is an important signal for the customer to hold on to you as a process partner

Process modular system: We utilize our frameworks of best practices that have grown over the years. Among them: Configuration of AUTOSAR and modules and integration into OEM software releases

Next step: Project success due to the ESG Mobility Process parachute

At the end of these steps there is only one thing to do: to get the project back on track and thus protect the supplier's reputation. The solutions of the Process Parachute focus primarily on sustainability. In this way you solve each problem only once, instead of working through recurring imponderables. And your process becomes more sustainable from project to project.